Oh heyyyy! So Oakley, Miranda, and I wanted to show y’all these new jeans from Villena that released yesterday. They are both lovers of the Villena regular jeans and I love myself some high rise pants so I knew I had to grab them for this post. Dunno if they will be doing their own, but in Flickr I’ll ask if anyone wants to know what they are wearing for them to add comments on what it is! ❤
Check out Oakley’s blog here.
Check out Miranda’s blog here.

With the Girls Inside –

END_OF_DOCUMENT_TOKEN_TO_BE_REPLACED

Hey hey! So basically there is an event that is coming up that everyone should be super freaking excited to go too! Pose Fair! Yay! I will have alot of previews to show you today and tomorrow to get ready for it so brace for it. I’ve posed in this post with one of my longest SL friends Jakson aka Burnt aka James. Even though in SL we really don’t hang out as much since he’s all roleplay-y and I’m not, but he’s still there when I need to talk! ❤

END_OF_DOCUMENT_TOKEN_TO_BE_REPLACED

So as of right now SL Fashion Week is officially open and I’m getting my post out just in time! You all have got to get over there and check it out because there are so many great items I couldn’t get it all in just one post! Anyways enjoy this post! ❤

In My Fashion Week –

END_OF_DOCUMENT_TOKEN_TO_BE_REPLACED

Had to get this jacket with these pants. Basically new shit, different day. LOL I love all these items, but just a simple post for y’all! <33

END_OF_DOCUMENT_TOKEN_TO_BE_REPLACED

Not much to say but everyone knows about the new Villena shirt. I saw it yesterday – quickly went there while she was setting it up – bought them – then went to work =/ So I just posted a quick picture when I came home sick last night and went to bed. But here is the picture – don’t really think I need a regular picture that I usually do. This one is fine for this outfit! 😀 Enjoy! ❤

Sorry For Party Rockin’ In –

END_OF_DOCUMENT_TOKEN_TO_BE_REPLACED

Pretty much doing a post on what I like to wear as Urban wear. Since I’m stepping foot back into Crack Den this is my first outfit that I’m sporting.

When I saw Magika put this new hair on Flickr last night I wanted to scream with joy because this hair is just freakin’ amazing! Along with the new Christmas add on for the bun. I never ever want to take this hair off!

END_OF_DOCUMENT_TOKEN_TO_BE_REPLACED

I am soooooooooooooooooooo fuckin’ stoked that Firestorm FINALLY works for me. God its like heaven to me right now, I can wear as many tattoos layers I want, I can rock the hot mesh shit. So today I decided to do an urban look with my girl Audrina from Crack Den. This chick has been helping me with the new viewer since I never did the whole Viewer 2 thing. Anyways, here’s our urban look of the day! ❤

END_OF_DOCUMENT_TOKEN_TO_BE_REPLACED

Alright first, new skin for Illusory. Ivy came out with the Paige skin, and I’m lovin’ it McDonald’s style. Decided to go with the caramel tone because the hubs wouldn’t let me get lighter. (Even though Tyr said lighter but then Jazzy said the tanner.) If I HAD 2K yeah I woulda bought both. In the pack of skins you get – Dark Brown – Blonde – Red Eyebrow layer along with a freckles layer that I’m sporting. On top of THAT you get 5 packs of lipsticks. – Browns – Pinks – Purples – Reds – Unnaturals.  Anyways, also she came out with new tops in which I’m always sporting in the picture. They are hot sauce. There’s also pants, those will be on a separate post. 😀 Oh and new favorite shoes, FTW

END_OF_DOCUMENT_TOKEN_TO_BE_REPLACED

So I found these fuckin’ awesome bear hats and I told my bestie Poiisoned to get her ass over and get one with me. We’ve been running around Gor all night with these cute little fuckers on. Also doing this post with her because she also has a blog on her own. I -respect- her because she has her own style and gets her OWN ideas for her outfits. In conclusion, here is our post together. 😀

END_OF_DOCUMENT_TOKEN_TO_BE_REPLACED 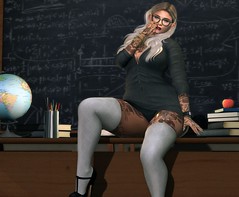 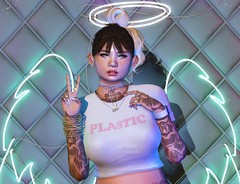 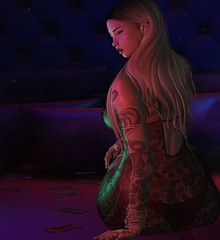 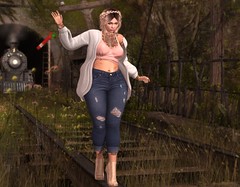 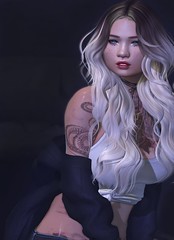 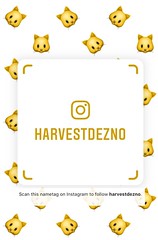